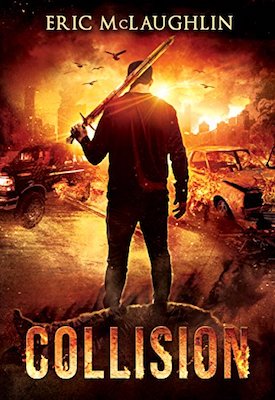 The Resistance is nearly finished, a shell of its former self. Even at its best however, it was little more than an annoyance to the mysterious, world-spanning and all-powerful Pen Draig. Now the Pen Draig is coming for something the Resistance has been hiding, something that could end the struggle once and for all. The only person standing in the way is Ethan Daniel. Ethan wants nothing more than to propose to the love of his life and graduate with something resembling a decent GPA, but a deranged father and a fiery collision throw him headlong into a battle for the fate of the world and his very soul. Can he save his love and the world from the unrelenting onslaught of the Pen Draig? Can he save himself? Can he stay himself?