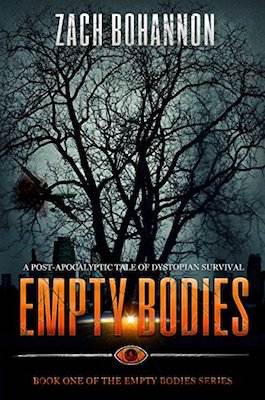 When the world falls, who will survive?

In a single moment, everything changes. Hundreds of thousands of people suddenly collapse, leaving their friends and loved ones behind, terrified and confused.

Moments later, the fallen rise and the survivors become the hunted.

Will Kessler works a dead-end warehouse job in Tennessee, driving a forklift and unloading shipping containers. When he wakes up from a nap during his lunch break, he finds most of his co-workers have mutated into monsters, and they have turned the 50,000 square foot building into a war zone, murdering any other survivors. Alone and weaponless, Will must fight through the undead horde to secure the building and answer one question: Is he truly alone?

In Texas, Gabriel Alexander boards a plane, thinking he is heading back to his wife and daughter in Washington D.C. After his flight takes off, several passengers fall suddenly ill, sending the cabin into a panic. Soon, the sick passengers go on a rampage, attacking others on the plane, including the pilot. And with no one to fly the plane, it dives toward the ground, taking Gabriel and the start of the apocalypse with it.

Jessica Davies runs the front desk of a hotel in the North Carolina mountains. It seems like another boring day of checking tourists into their rooms when she receives a call from a guest to bring them some aspirin. The elevator door opens, and Jessica is forced into a hell she could’ve never imagined.

Perfect for any fan of post-apocalyptic horror, dystopian science fiction, supernatural suspense, or the zombie apocalypse!