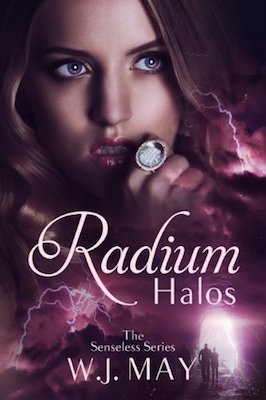 Everyone needs to be a hero at one point in their life.

The small town of Elliot Lake will never be the same again after Zoe, a high school senior from Elliot Lake, and five of her friends take shelter in an abandoned uranium mine during a violent thunderstorm. Over the next few days, Zoe’s hearing sharpens drastically… to supernatural levels. She tells her friends, only to learn that four others have an increased sense as well. Zoe is determined to use her new power for good, while trying to keep her growing feelings for Kieran, the new Scottish boy from their group, under control.

Fashioning themselves into superheroes, the group tries to stop the strange occurrences happening in their little town. Muggings, break-ins, disappearances, and murder begin to hit too close to home. It leads the team to think someone knows about their secret – someone who wants them all dead.

An incredulous group of heroes. A traitor in the midst. Some dreams are written in blood.

Join Zoe in this free paranormal suspense book. It is part one of the Senseless Series dealing with supernatural powers and first love. With it's comic book appeal, you can't help but try to figure out who the murderer is.