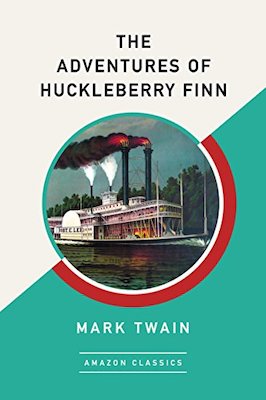 Refusing to be civilized by Southern society or cowed by his drunken father’s lashings, young Huckleberry Finn decides he has only one option left: fake his own death and hop a raft down the Mississippi River. Instead of carrying him far from trouble, though, Huck’s raft delivers him to a place of moral uncertainty.

Mark Twain unwinds Huck’s harrowing journey to manhood with satirical wit, revealing the troubled history of the American South, where slavery held sway long after the Civil War ended. Huck’s relationship with runaway slave Jim forces him to confront his beliefs about friendship and freedom.

The Prince and the Pauper by Mark Twain
Genres: Classics, Historical
Pages: 226

Poor boy Tom Canty admires the royals who seem so far out of his reach in sixteenth-century English society, but when he meets young Prince Edward, he realizes they are very much alike. They share the same birthday and the same face. And when Edward dons Tom’s rags, and Tom slips into the royal cloak, no one can tell them apart. The wrong prince will soon be crowned king, unless Edward can produce the Great Seal of England in time to prove his right to the throne.

In The Prince and the Pauper, Mark Twain sheds satiric light on class distinctions, personal identity, and power dynamics that seem as germane today as ever before. 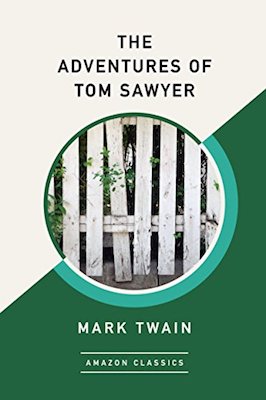 Whether he’s sneaking doughnuts, mooning over a pretty girl, or snookering the local boys to do his work for him, Tom Sawyer is the consummate schemer—but his charm and easygoing nature keep him from being in anyone’s bad graces for long. However, when Tom teams up with his friend Huck Finn, their sleepy Missouri town had better watch out.

Based on Mark Twain’s memories of growing up along the Mississippi River, The Adventures of Tom Sawyer is both an idyllic picture of boyhood and an affectionate satire of adult conventions.