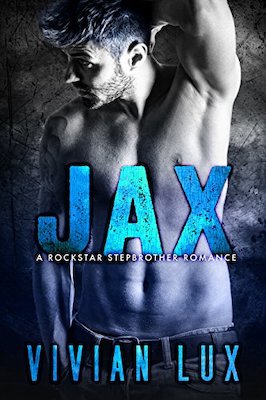 He's a rockstar. He's a screw-up. He broke my heart.

Jaxson Blue is rock royalty: the son of one of the biggest names on the planet. He was my first...everything.

Then he broke my heart in the most public way possible.

I never want to think about Jax again.

Too bad his music seems to follow me wherever I go.

Now my hard-living roadie of a father is marrying Jax's rock star mother and the four of us have to co-exist in the same house for two weeks. Jax is still the same sexy, arrogant jerk I fell in love with, and I'm too weak to resist him for long.

So I make a deal with myself.

It's only until the wedding.

It's only a fling.

It doesn't mean anything.

I'm not doing anything wrong...right? 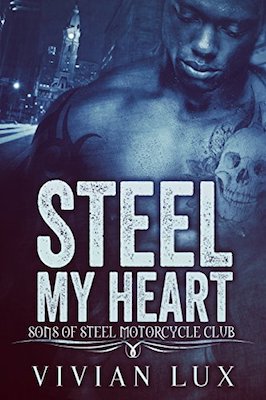 I'm not a fighter. I'm a shy, curvy good girl who does what she's told. Abused, battered and beaten down by those who say they love me; I've spent my life being the perfect victim for the powerful and the cruel.

J. taught me that love is worth fighting for.

And now I am ready to fight back.

Keep your head down. That's what they told me when I got out of prison and again once I finished my parole. And I meant to do that, I swear. I had my brothers, The Sons of Steel Motorcycle Club at my side. I had a mission and a sense of pride. I wasn't looking for a fight.

But meeting Emmy turned that all on its head. She's too damn beautiful not to fight for, no matter what it costs me.

Whether it's my freedom, or my life.